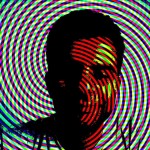 This is an interested article from techcrunch. I wonder why we don’t have something similar in Greece where everyone is struggling to make a dime…. If we do pls advise…

Editors note: Alec Lynch is the founder and CEO of DesignCrowd, an Australia-based design crowdsourcing service that recently launched in India, Singapore, and the Philippines. Follow him on Twitter @aleclynch.

When most people think of crowdsourcing, they think of websites like iStockphoto, Mechanical Turk, Threadless, or Wikipedia. Others might think of Greenpeace crowdsourcing Shell Oil ad ideas or Marissa Mayer crowdsourcing her baby’s name. Some might even think of Lil Wayne’s crowdsourced collaboration with Mountain Dew (“DEWeezy”). But not many people think of Asia. The truth is, crowdsourcing in Asia is secretly booming, and Asia has quietly assumed a leadership role in the space.

Many politicians, economists and thought leaders are suggesting that we are entering “the Asian century.” While many large countries, such as the U.S., have struggled in recent years with recession and high unemployment, many Asian economies have given the global financial crisis a pimp slap and just kept on growing. In a sign of things to come, President Obama visited Asia on a three-country tour just two weeks after he was re-elected.

As these macroeconomic trends unfold, one emerging online industry that is already booming in Asia – and accelerating – is crowdsourcing, a new type of outsourcing (think “outsourcing on steroids”) that involves outsourcing tasks, such as logo design, via an open and normally large group of people known as “the crowd.”

I’m lucky that I get to see this trend first-hand. I operate a crowdsourcing site in Australia, and from where I sit, there has been an explosion of crowdsourcing activity in China, India, and Australia – a trend that many people outside the region are not aware of.

1. A Chinese Crowdsourcing Site Is The Biggest ‘Employer’ In The World

Chinese-language outsourcing/crowdsourcing service Zhubajie, which uses a similar model as Elance.com’s, claims to have 7.6 million workers. If this is true, it would mean that Zhubajie, despite having a cartoon pig as its mascot, is the largest online outsourcing/crowdsourcing site in the world by some margin, having more “workers” than Freelancer.com (6.5 million users) and Elance.com (2 million users) combined. Zhubajie’s might even be the largest employer in the world, as it has more workers than the U.S. Department of Defense, which has 3.2 million employees.

While these comparisons aren’t apples to apples — workers on crowdsourcing sites are not full-time employees — I think you get the picture. Zhubajie is big.

Zhubajie is not the only crowdsourcing site in China; there are dozens (Epweike.com, 680.com and Taskcn.com to name a few). In fact, crowdsourcing has become so prevalent in China, they have coined their own word to describe it: “Witkey.” Despite this, Zhubajie and Witkey have not rated a single mention in TechCrunch or any similar publication – making them Asia’s best-kept crowdsourcing secret.

While China may have the largest crowdsourcing site – India is arguably benefiting more from crowdsourcing from an economic perspective than any other country in the world.

The average salary in India is $1,410 — per year. So when an Indian worker can earn $10,000 in a month through crowdsourcing, it should be no surprise that India loves it. Combine this with the fact that India is the second-most populous country in the world, as well the second-largest source of English speakers, an d the reasons crowdsourcing use in India has exploded are clear.

Other countries from Asia and Eastern Europe also have large user bases frequenting crowdsourcing sites. But India is clearly the “King of Crowdsourcing,” and the country has completely embraced this new form of outsourcing (even the Indian government recently crowdsourced the design of the currency symbol – the rupee

The bottom line is that a lot of money (perhaps the lion’s share) passing through western crowdsourcing sites is actually flowing to India and Asia. While Chinese websites help Chinese workers earn money from Chinese businesses, Indian workers are exporting their services overseas — bringing in money from North American, UK, and Australian businesses, and, as a result, growing India’s economy. All in all, India is arguably the single-biggest user (and beneficiary) of online crowdsourcing services.

3. Crowdsourcing In Asia Is About To Quadruple

Here’s the exciting part: Asia is just warming up. The use of crowdsourcing in the continent will quadruple in the next five years.

Most people don’t realize that three of the five largest English-speaking populations in the world are based in Asia (India, Pakistan, and the Philippines) but the majority of these people — potential crowdsourcing users, that are hungry for work — are yet to come online. Internet penetration in Asia is 27.5 percent compared to 79 percent in the U.S. In India alone, just 12 percent of the population has Internet access, although this equates to 137 million people.

The percentages, though in sharp contrast, translate into 1.1 billion Internet users in Asia and 274 million users in North America. In addition, Asian users already dominate crowdsourcing sites. Imagine what will happen when the rest of the population comes online? If Internet penetration in Asia doubles in the next five years, a nd the uptake of crowdsourcing by these Asian Internet users doubles, then the volume of crowdsourcing in Asia will quadruple.

But it’s easy to focus on the mind-boggling worker/consumer numbers coming out of Asia and forget the business-to-business side of the market. India has 26 million small and micro businesses — more than the UK, Canada, and Australia combined. So the opportunity to harness the supply and demand for crowdsourcing services in Asia, which, remember, is about to quadruple, is huge.

Australia (part of the Asia Pacific or “Australasia” region), which is normally noted for its beaches, boxing kangaroos and made-up words like “crikey,” has become a global hub for crowdsourcing. In fact, crowdsourcing Down Under is on fire, with websites consistently punching above their weight and assuming market leadership in multiple crowdsourcing verticals.

For example, Australia�€ ™s Freelancer.com appears to have overtaken Elance and oDesk on most measures to be the No. 1 online outsourcing site outside of China. Envato’s Themeforest.net is the largest WordPress theme marketplace in the world and attracts more visitors each month than iStockphoto (yet it is just 1 of Envato’s 7 marketplaces)! Australia’s Kaggle, which specializes in data science crowdsourcing, appears to now be larger than InnoCentive and currently has the single-largest, open crowdsourcing project in the world (a $3 million data analysis contest to predict patients who will be admitted to the hospital within one year). Australia also dominates the design crowdsourcing space, with the two largest players originating Down Under, No. 2 of which is my company, DesignCrowd.

People sometimes ask me: “Why have so many top crowdsourcing sites come out of Australia?” Maybe it’s a coincidence; maybe it’s a rare example of Australia realizing its potential in tech; or ma ybe it’s been helped by Australia’s proximity (and affinity) with Asia. Either way, Australia appears to be taking a leading and global role in crowdsourcing and is perfectly positioned to capitalize on any crowdsourcing boom (whether it be North American or Asian or worldwide).

5. A Space Crowdsourcing Race Has Begun

While the main game for crowdsourcing services continues to be the disruption of traditional industries, such as the graphic design or photography industries, an interesting sub-plot is the race among crowdsourcing sites for Asia. Shutterstock and iStockphoto have launched Japanese, Chinese, and Korean versions of their sites. Last month, we launched DesignCrowd in India, Singapore, and the Philippines.

Another, more interesting trend is that Asian crowdsourcing websites are now coming to English-speaking markets. China’s Zhubajie has discretely launched Witmart.com, an English version of its service that allows U.S. busine sses to access their 7.6 million Chinese workers. It is not a very popular service, but it is an interesting development and part of a secret crowdsourcing race to expand into Asia (and vice versa).

If you are thinking about launching your own crowdsourcing venture, working at a crowdsourcing company or investing in a crowdsourcing business, think global and think big. Think India and China. Think Australia and the Philippines. Forget Lil Wayne – think Gangnam Style. Crowdsourcing is booming in Asia and around the world and the opportunity is a global one.